CTS was recently featured on the cover of the latest issue of CSDA’s Concrete Openings Magazine. The article covers CTS contract work performed on the historic Arlington Memorial Bridge which spans the Potomac river and connects the Arlington National Cemetery in Virginia to the Lincoln Memorial in Washington, D.C.

The bridge has been operational since 1932 and had been undergoing temporary repairs to the deteriorating deck and roadway for several years. Despite the National Parks Services repair efforts, structural analysis by the Federal Highway Administration showed that if complete deck and a framing replacement was not performed, the bridge would need to be closed by 2021. With over 68,000 vehicles utilizing the crossing daily, closure of the bridge was not an option.

National Parks Service developed a phased plan to revitalize the concrete approach ramps, replace the drawbridge span and concrete deck completely. Concrete Technology Services Mid-Atlantic was hired to assist in engineering a plan to saw cut the concrete deck and framing sections in a system that would allow Kiewit Infrastructure Co. to crane lift each component in a timed sequence while keeping the bridge operational for daily commuter traffic.

CTS plan consisted of two phases, the first included saw cutting the back side of the 144 90′ wall sections so that vehicular traffic could continue without a lane closure. This made it possible to complete 50% of the wall sawing prior to the scheduled bridge shut down. The deck was then cut with a custom made 72″ slab saw that created 32″ deep cuts in the robust deck and beam structure that was originally planned to be cut with wire saws. Pre-cutting the deck sections into 8′ x 8′ squares also allowed for construction traffic to continue to utilize the deck prior to removal at the GC’s convenience. This created a major opportunity for CTS, Kiewit and the client to save time and money.

The method developed by CTS and Kiewit also drastically reduced noise pollution while being the most environmentally friendly solution versus the conventional demolition plan of using large excavators with hydraulic breaking hammers that would inevitably send dust and debris into the Potomac River.

CTS finished the contract work well within schedule and budget. We expect Kiewit will finish the entirety of the projects scope ahead of schedule. A few of the notable photos are below.

"This project was one of the most challenging projects that I have experienced in 37 year career.  Many obstacles were overcome and no project has 100% success rate.  However, this project has many details that everyone involved can be proud of.  During the second phase CTS had 28 personnel on project out of our DC branch while completing the largest demolition project across town at the same time.  The project finished at $3.1 million while we were operational on a $17 million project during same time frame.  The team for this project completed an unbelievable amount of work in a short time and the finished project is simply amazing.  For that alone the project is a complete success." 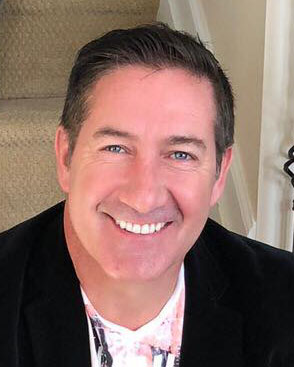